Math and Number Awareness involves a variety of skills, including: 1) Numeral identification (recognizing all 10 numerals from 0 through 9 and knowing each numeral’s name); 2) Counting; 3) One-to-one correspondence; 4) Counting on; 5) Patterning recognition and creation; and 6) Sorting and classifying.

The Importance of Strong Math and Number Skills

The first step in Math and Number Awareness is learning what the 10 numerals (0 through 9) look like. This requires strong Visual Discrimination skills since many numerals (such as 6 and 9, or 1 and 7) look very similar. Once a child is able to recognize the 10 numerals and know each numeral’s name, he can develop an understanding of the amount each numeral represents.

Children in the classroom may be asked to “Cut out five circles,” “Pick three friends,” or “Ask one question,” for example. Understanding the significance of numerals will directly contribute to a child’s success in the classroom.

When first learning to count, a child counts by rote memorization. This means he will likely be able to say the names of the numbers from 1 through 10 simply because he has memorized the order of the words, “one, two three … ten.” However, he likely does not yet understand that 5 is 2 more than 3, for example.

When counting, the concept of “one-to-one correspondence” is the understanding that each object being counted represents “one more.” 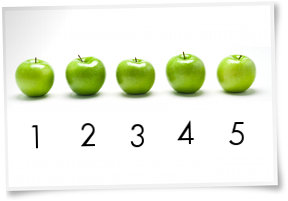 Before a child understands one-to-one correspondence, he will count by rote memorization. When asked to count a small group of objects, he will likely count quickly through the numbers he has memorized and randomly touch the objects being counted instead of touching and counting each object just once. For example, a child given five beads may automatically count aloud from 1 to 10 when asked to count the beads, pointing to random beads as he proudly shows how well he can “count.”

“Counting on” allows a child to continue counting objects added to a previously counted group without recounting the entire group. For example, give your child two apples and ask him to count them. Then, give your child three more apples. Counting on would involve your child applying one-to-one correspondence to the additional three apples by counting “three, four, five” instead of restarting at one and recounting all five apples.

Counting on is an important skill because it is time-consuming and impractical to recount a group of items each time additional pieces are added.

Understanding patterns is an underlying theme in preschool and kindergarten math lessons. A pattern is defined as any sequence that repeats at least twice. As a practical example, consider counting from one to one hundred by ones. When counting, there is a recurring pattern in which all digits rotate from 0 to 9 before restarting back at 0.

As comfort with patterns grows, the patterns will become more complex, moving to an ABC pattern or an AAB pattern.

The ability to recognize, identify and create patterns not only supports learning in math but it also contributes to broader social development. Through an understanding of patterns, children are able to make predictions about what comes next. Just as a child can predict that a red bead will come next after seeing a string with a red bead, blue bead, green bead, red bead, blue bead, green bead pattern, a child will be able to make accurate predictions about other things or events that occur with regularity. For example, predicting what comes next after eating lunch (cleaning up) or after taking a bath (putting on clean clothes) will help a child maneuver more confidently in his environment.

Children are also introduced to sorting and classifying in preschool or kindergarten math lessons. These activities provide children with opportunities to develop logical reasoning skills as well as demonstrate divergent (independent) thinking.

For example, three different children will likely sort a pile of buttons of varying shapes, sizes, colors, and materials in three different ways. One child may put all the round buttons in one group and all the odd shaped buttons in a different group. A second child might put all the metal buttons in one group and all the plastic button in a different group. And a third child might sort the buttons according to color or size. The particular organizational system is not important. What is important is that each child accurately sorts according to his organization system and is able to explain his thought process.

Math learning is most exciting for children when hands-on manipulatives (fancy teacher-speak for small objects that can be easily handled or manipulated) are incorporated. Manipulatives give children tangible representations of the otherwise abstract concepts related to numbers and counting. For example, when asking a child to count to 30, he may become lost or distracted halfway through. But, when you give the same child 30 small beans and ask him to count them, he will likely be able to apply one-to-one correspondence and accurately count all 30 beans.

Tips for Accelerating Your Child’s Math And Number Skill Development

By introducing your child to numerals, the amount each numeral represents, and one-to-one correspondence, you will help your child learn to count with accuracy and ease. This comfort with numbers will fuel his confidence as he is exposed to increasingly complicated mathematical concepts.

Starting when your child is very young, count out loud by ones at every opportunity. For example, say “You have five cookies: one, two, three, four, five” as you place the cookies, one at a time, on his plate. Also, get into the routine of demonstrating one-to-one correspondence by purposefully touching each item as your count it. Have your child join you when he is able by counting aloud and/or pointing to the items as you count together.

You can also create basic counting games by counting aloud how long it takes to set the table, put away toys, or put on pajamas. These games can be played in short spans of time and in any place, since no materials are needed.

Also, read counting books to your child. Counting books are a particular type of picture book that have numerals and the corresponding number of pictures on each page. Generally there is a theme to the book, such as counting bugs or counting crayons. The pictures should be colorful, engaging and easy to count and the numerals should be easy to identify and printed clearly without excessive artistic flourishes. A librarian or bookseller can quickly point you in the right direction if you need assistance finding these books.

As you read a counting book, encourage your child to say aloud the numeral on each page and then count the objects on the page with you by touching each picture as he counts. Touching each picture one time while counting aloud reinforces the concept of one-to-one correspondence. With practice, your child will eventually be able to count aloud and apply one-to-one correspondence without your help.

Also, consider playing the “What comes next?” game to help your child accelerate his understanding of numbers. For example, say “4, 5, 6, 7. What comes next?” This type of game encourages your child to isolate each number and think about the number’s specific place in the order from 1 to 10. If your child has a strong understanding of the numbers 1 through 10, you can make this game more advanced by including numbers up to 20, 50, or even 100. This type of game forces your child to count without relying on rote memorization, since he will not always be able to begin counting at 1.

Children are expected to begin preschool able to count from one to ten (likely by rote memorization) and to recognize a handful of printed numerals. By the middle of the preschool year, children should be able to count a group of up to five objects and continue basic patterns. By kindergarten, children are expected to complete more complicated tasks such as counting to 100, counting a group of up to 20 objects, and creating complex patterns. The wide variety of math and number activities children are introduced to in preschool and kindergarten establishes an important foundation for more advanced math activities that will be introduced in primary school.

When children start preschool, they are expected to recognize the written numerals 1 through 5. (Writing numerals correctly is a Fine Motor skill that is taught in preschool and reinforced in kindergarten.) They should also be able to apply one-to-one correspondence when counting five objects, counting each item only once. Children are expected to count accurately from one to ten, even if they are counting by rote memorization and are unable to apply one-to-one correspondence to amounts greater than five.

Children are expected to sort a small group of objects into two or three groups according to visual characteristics. This includes, for example, taking a bowl of buttons and sorting them into groups based on color, size, shape, or material.

At the beginning of the year, children are expected to identify numbers 1 through 20 by sight. They are also expected to know the amount each numeral represents and properly apply one-to-one correspondence when counting a group of up to twenty objects. Many children may be able to count, perhaps with some hesitation, by ones, twos or tens up to 100. Other children will develop this ability during the kindergarten year.

Children should recognize and identify increasingly complex patterns, such as AABCAABC or ABBCDABBCD. They should be able to extend these patterns for several additional repetitions using colored blocks or beads to represent each letter. They should also be able to create, without a model, their own simple pattern with several repetitions. After creating a pattern, children are expected to label the pattern for a teacher or other adult using descriptive words such as “blue, blue, green, yellow, blue, blue, green, yellow” or “square, circle, circle, triangle, square, circle, circle, triangle.”

Children should be able to consistently sort a group of objects into three, four or more groups based on the objects’ dominant characteristics. For example, a child in preschool may have been expected to sort a pile of buttons into two piles: large buttons and small buttons. In kindergarten, a child will be expected to sort the same pile of buttons into four piles: large blue buttons, large yellow buttons, small blue buttons, small yellow buttons. In addition, children will be expected to articulate their thought process when sorting, such as explaining how some of the buttons were big and some were small and how there were two shades of blue, for example. 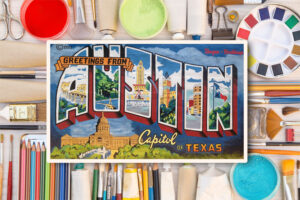